Engaged: The Story of Lucy & Mike

We are excited for Lucy & Mike’s wedding at the Bel Air Bay Club, Pacific Palisades in a few short weeks. Here are their fun engagement session pictures by a true class act photographer, Joel Maus – EMP Studio, which were taken at the Long Beach Aquarium, where Lucy & Mike had their first date and where he proposed! We are totally in love with their dog, “Cody” the Corgie! See here for the story of their proposal as told by Mike:

Lucy and I would like to announce our engagement that occurred on June 20, 2009, which was on the 4th anniversary our relationship. Lucy had been anxious for this day to come for quite some time so she had to be duped into an elaborate plan for the proposal to be a surprise. Execution was particularly critical because it was going to be at one of the most obvious places for an engagement – Long Beach Aquarium of the Pacific, the location of our first date.
Acting as my accomplices, my brother and his fiancé told Lucy that they received free tickets to the aquarium. The catch was that these tickets would expire by end of June. Lucy and I don’t come back home to LA too often, but we had to anyway on June 20th to attend my cousin’s wedding in the evening. I initially thought having my cousin’s wedding on our anniversary was going to complicate things, but it turned out to be a great diversion because Lucy doubted I would do anything drastic on the same day.
As for the proposal plan, I wanted it to be at a sentimental location so the aquarium was a natural choice. Since we were going to be at the aquarium, I wanted to take one step further by having a scuba diver surprise her with a marriage proposal sign. Lastly, I also knew that her family is very important to her so I wanted to have both our families witness this very special moment.
The day of the proposal started off on a cloudy day with some sprinkles. The slightly gloomy feel could have been a sign for things to come. Leading up to the actual proposal moment was anything but smooth:
1. The tickets I had supposedly reserved under my brother’s name weren’t under his name at all. We had to somehow get it straightened out without being too suspicious.
2. About half an hour later, I found out from my brother that Lucy’s parents had gotten into a car accident as they were leaving to pick up my parents. I learned later that it was a moderate accident and no one was hurt, but initially hearing about it made me worry about their safety and completely freak out about the proposal plan.
3. My parents ended up picking up Lucy’s parents to head over to the aquarium. When they arrived, my brother sneaked off and guided them to their hiding location. When the scuba diver presentation was about to start, Lucy and I walked towards the large fish tank. We still had some time so we just looked around the area. My brother told me afterwards that my dad came out of hiding and waved to us. Lucy and I didn’t see him, but my brother had to shoo him off.
4. Just one day before, I was told by my aquarium contact that we would have to change location and time of the presentation because the diver communication system was not working properly. I had already carefully studied the floor plan and coordinated timing with others weeks ahead so I was not happy about the last minute change. However, my contact got back to me later that evening and informed me that the system was fixed so that we could go back to our original plan. Whew!
5. It turns out that the communication system issue was still there during our presentation, making it difficult to understand what the diver was saying. This got Lucy bored, and she insisted to leave several times. I did everything I could to stall time and couldn’t wait for the presentation to end. It felt like a lifetime.
When the presentation was finally over, one of the guide calls out both Lucy and I to step forward in front of the tank. He announces that we are celebrating our 4 year anniversary. Lucy looked pleasantly surprised that I had planned something nice for our anniversary. We started to take pictures with the divers behind us. A few moments later, our parents come emerging from the crowd. Lucy notices them and cries, “What’s my mom doing here!” As she starts to realize what was happening, I turn her around and point her to the scuba diver holding up a sign that says, “Lucy, Happy Anniversary! Will You Marry Me? Love, Mike.” I then go on one knee and propose to Lucy while holding onto her hand and showing her the engagement ring. With tears rolling down her cheeks, Lucy answers, “Yes. Of course I will.”
P.S. There is one more close-call that could have been a big disaster.
6. We find out afterwards that my mom left a voicemail on Lucy’s phone as we got to the aquarium. My mom, being REALLY ditzy, called Lucy to confirm what time her parents were going to pick them up. If Lucy had heard the message, I would have had no explanation for this and it would have made her really suspicious. Who knew that my very own parents turned out to be the biggest risk to my surprise proposal. I gave my mom a little bit of a hard time, but I still love my mom for it. In the end, it gave us a good laugh. 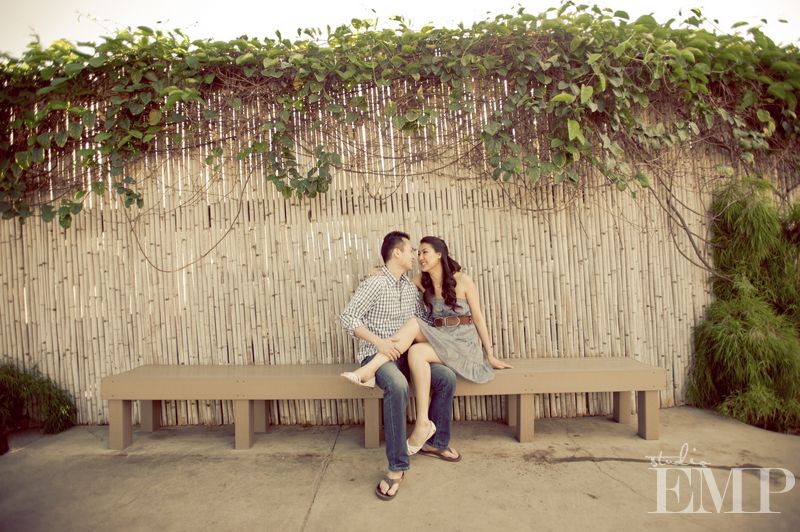 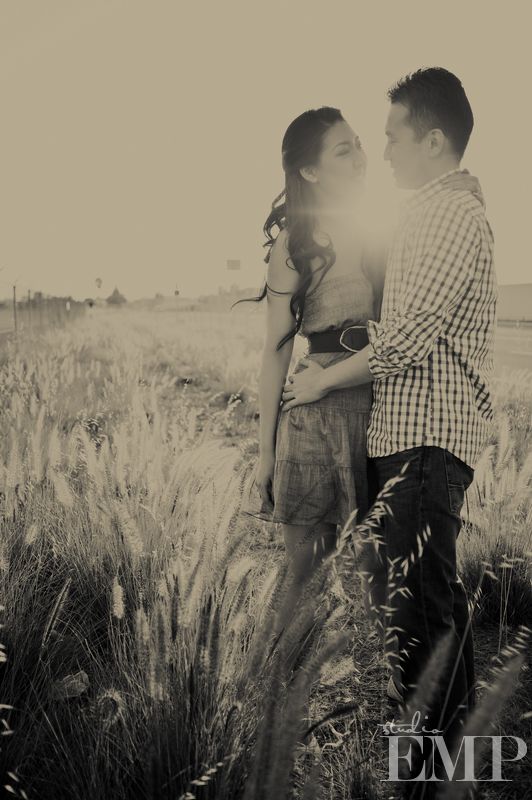 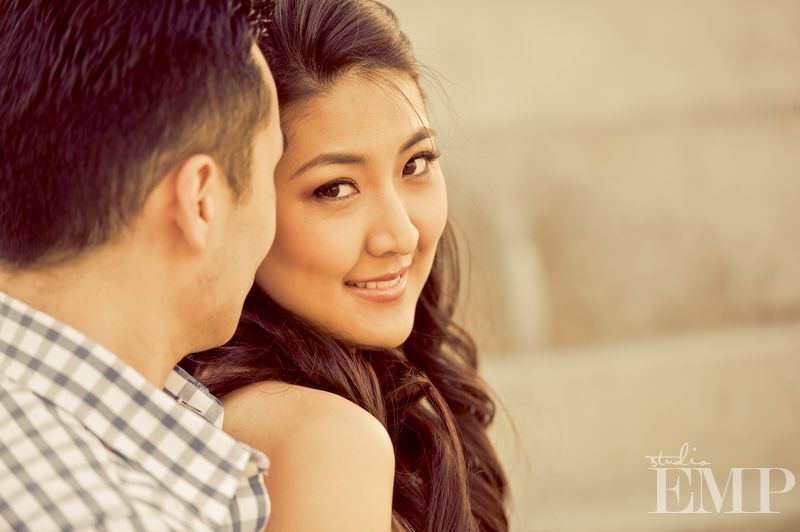 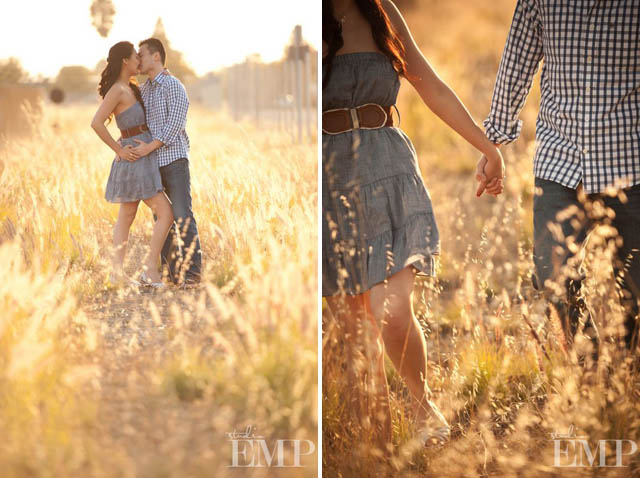 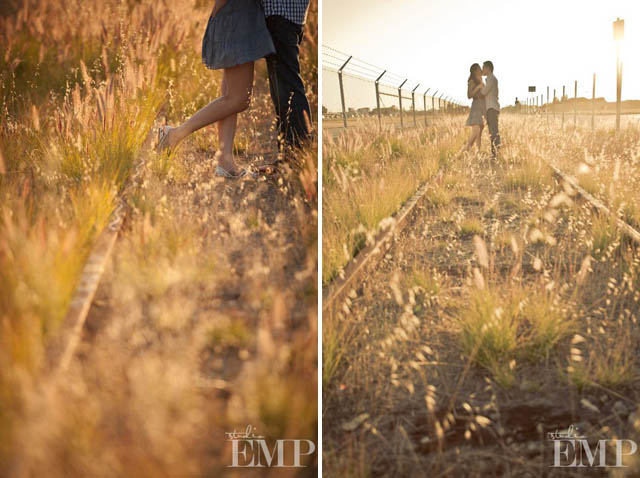 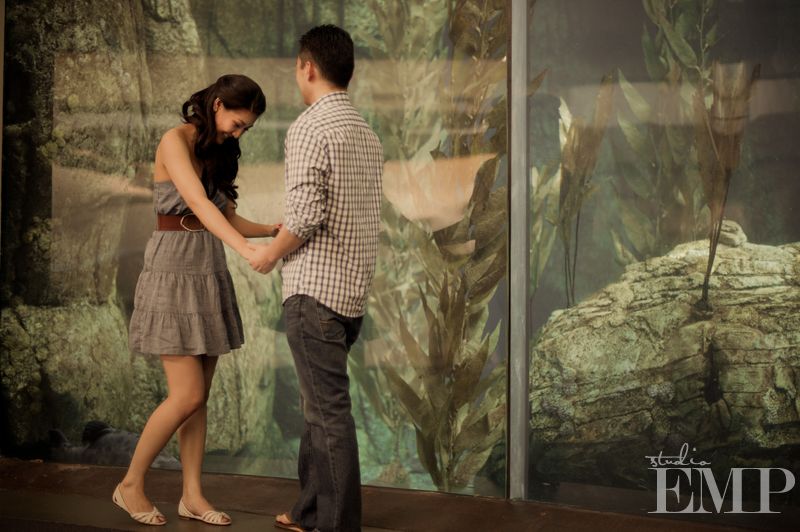 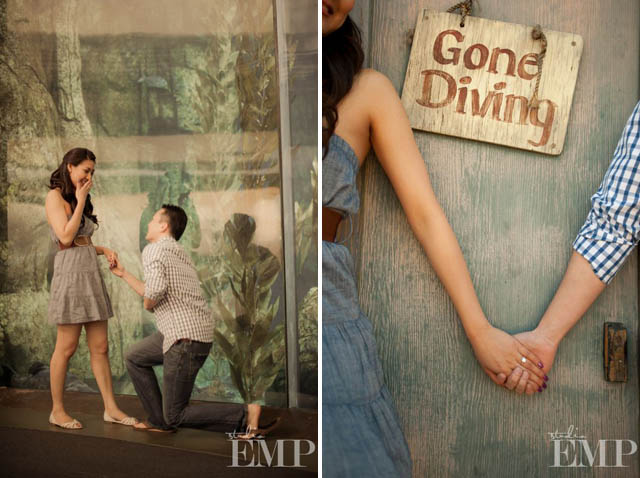 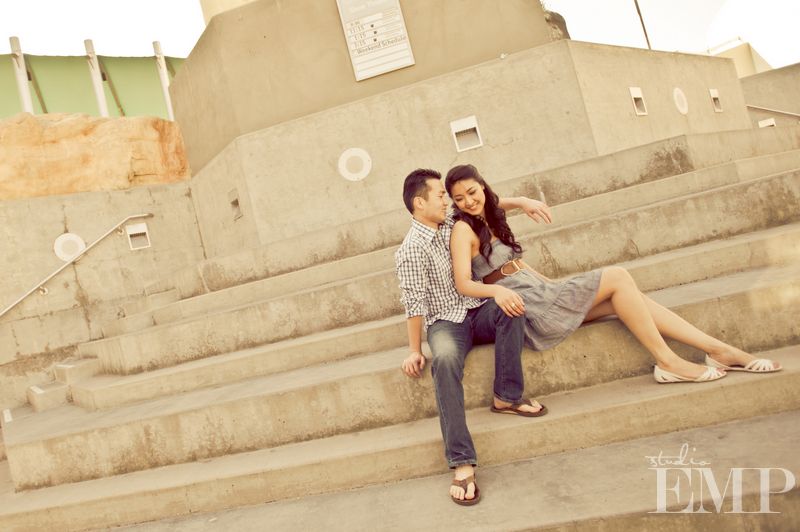 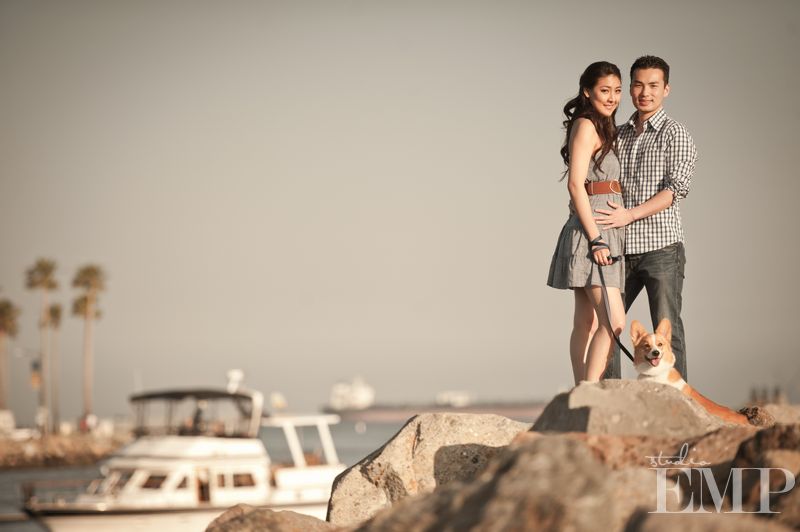 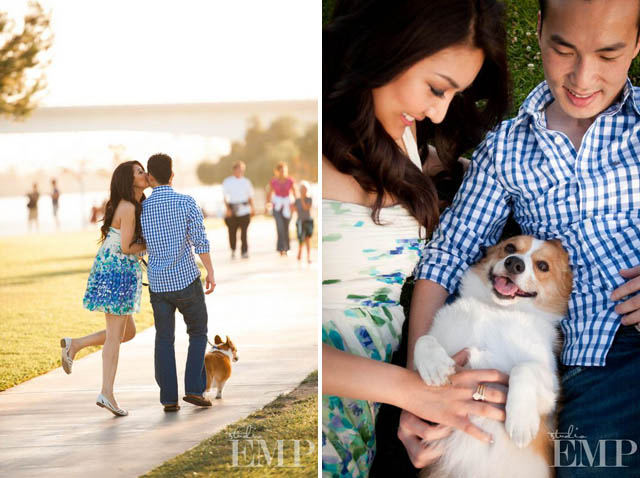 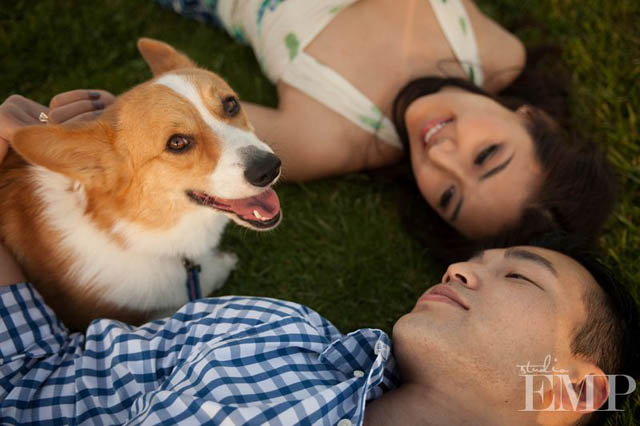 This entry was posted in Engagements. Bookmark the permalink.