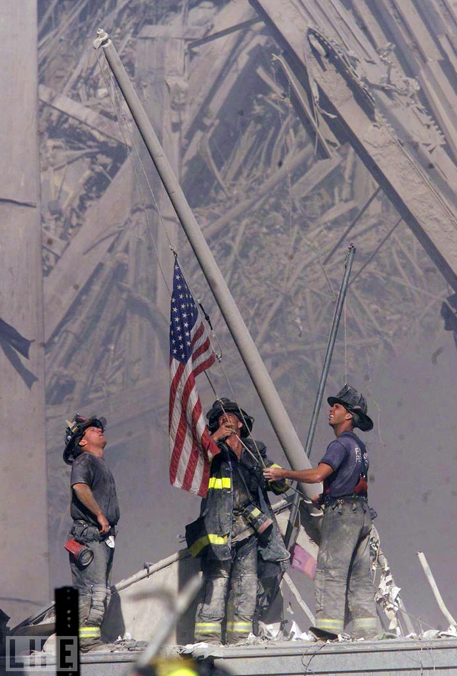 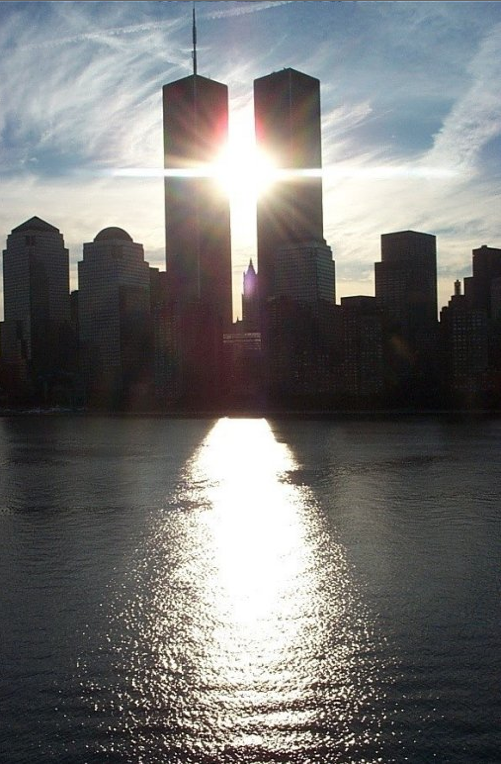 “We will never forget”, a phrase that has become synonymous with the terrorist attacks on America on 9/11/01, and we’ve heard it every year on the anniversary date especially. If anything, this post can be a personal journaling of my thoughts and reflections 10 years later of 9/11 – as it goes through my head, but why not share with all of you, as all of you have your own stories to tell as well, as to where you were, what you remember. As I’ve continuously heard or read, we remember 9/11 like it was just yesterday. All of us know somebody that was affected by 9/11, directly or indirectly, whether it was someone who worked in the Twin Towers, knew the flight crew on the United & American airliners that went down, the first responders.. here is what I remember..

It was after the 1st plane had crashed into the tower that I started watching the news, after my father had informed me. It was just after 6am, when I was waking up to get ready for work that day. At the time, I was still working for Mitsui & Co., and our office was in downtown Los Angeles. Glued to the TV, as we all know the story, we watched as the 2nd plane hit the 2nd tower, and then 1 hr later as the towers came down. I received a call from our HR department advising not to come into the office, as downtown Los Angeles buildings were also on alert (Later we’d hear that there were originally plans to also strike Los Angeles). I thought about who I knew that worked in the World Trade Center. A friend of mine worked at Lehman Brothers, and I knew he shared his time between 2 offices, in New Jersey and WTC. I was able to get through to him via email, and get the news that he was safe, and had not gone into the office that day due to a doctor’s appointment.

Our Mitsui & Co. headquarters were in New York, in the Metlife Building, which is connected to Grand Central Station. I continued to think about their safety, and they were of course evacuated from the building. In the days after 9/11, I would continue to hear about the stories of evacuation, walking across the bridges because all transportation was down.

I remember my friend being on a plane that day returning from Japan, but on Thai airlines. We knew her flight was coming in around the time of the attacks, and that they were grounding the planes. Indeed, her plane was one of the last allowed to land, but not at LAX, and was escorted by fighter plane to SFO. She (and all the passengers) of course did not know what had happened, until after landing, so was frightened and confused as to why they were being escorted by fighter planes to another airport. It took a couple of days for her to return home, as buses were arranged to transport the passengers home.

Marsh & McLennan, whom was affiliated with Mitsui, and I worked with them for Marine Insurance, had their offices at the World Trade Center in the 100+ floors. I didn’t know anyone directly that had been lost from the terrorist attacks, but I know that of those I did work with, they lost colleagues and friends.

I remember pictures being emailed and on the internet about the face of Satan in the grey plume of smoke coming from the burning towers. Some say it was real, some say it was a hoax and photoshopped, whatever it was, it was no doubt disturbing. It was evil.

The weekend following the attacks of 9/11, the planes were still grounded, and air transportation had come to a complete halt. It was the wedding of Saori & Fred at the Del Coronado Hotel, and I was their wedding coordinator. Their family from Japan, Hawaii and Hong Kong weren’t able to attend the wedding due to the air travel ban. They pondered if they should postpone or cancel the wedding, but decided to still proceed forward. I remember the flag at the top of the iconic hotel being at half staff. Our hearts were heavy, but we honored those lost from 9/11 with a candle vigil at the wedding.

I remember being on a plane shortly after 9/11, and a man came on the plane that was wearing a turban. I could feel everyone’s gazes on him, and so did he. I felt very bad for him, for he was being judged.

I was born in Manhattan, so New York is special to my heart. I remember being a little girl and going with my father into the office on a weekend when he had to catch up on some work. We lived in Long Island by this time, and took the train into Manhattan. His office was in the World Trade Center. 10 Years later after moving to Los Angeles, I would return to New York with my family on vacation, and visited our old homes, school, etc, and included a visit to the top of the World Trade Center. I was fortunate having been able to see the view from the top.

Few months after 9/11, I would go to NYC, and like many, paid tribute & respect at Ground Zero. I remember coming up from the subway to the street, and having no idea what direction I was, because the WTC used to be like the guiding point (North or South). New Yorkers told me the same thing, they would find themselves a little lost for a moment, without the Twin Towers as a point of reference. For the years following, and for any trip back to New York, I would always see the progress of Ground Zero, the building of the memorial. Last year, we were in New York the weekend after 9/11, and I was staying at the World Trade Center Hotel. You would always hear construction and the cranes operating, but those sacred grounds rumbled from below, almost a deep growl. I’m not sure you will ever be able to feel peaceful at the grounds of where the Twin Towers once stood.

After 10 years, the loss of life from the many wars, our service men & women who have been on several tours to the Middle East, who have returned, and never returned. To say that I’m not happy Osama Bin Laden was killed is a lie, though I also do not feel comfortable celebrating the loss of life.

Just the other night, I found myself balling as I was watching Mark Lichtman of Cantor Fitzgerald, whose company lost 658 employees who were his family, his friends, his life. He was dropping off his daughter at kindergarten that day. 10 years later, those who survived 9/11 helped to rebuild the company, and help the families of those were lost.

The events of 9/11 will always be imprinted in our hearts. As said, like it happened yesterday, I don’t think I will ever not have tears streaming down my face from any of the stories from 9/11. I will always remember the heroes – I still get goosebumps when I see a firefighter, or a Marine, etc. I will always remember where the Twin Towers once stood, like in the picture, and the iconic photo of the US flag being raised as our country came together.

These are my thoughts and reflections from 10 years after 9/11. We will never forget, and I will always Remember.

This entry was posted in Personal. Bookmark the permalink.