Patricia & Ed met while vacationing in Greece, so the central theme of the wedding was inspired by Santorini, Greece. This picture alone was the main inspiration for color scheme and feel of the wedding – Santorini Blue, White and Magenta/Fuchsia. 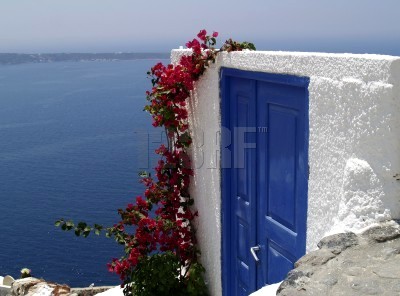 Patricia and Ed were married at the Terranea Resort in Rancho Palos Verdes, California. They wanted their wedding to be exemplify their fun & whimsical styles, as well as incorporate their love of animals – dogs, lions and monkeys, appreciation for country music and a central theme around Santorini, Greece. Our job was to make this hodgepodge of themes to be cohesive in the wedding.

They shared their love for animals with the fun lion print Ferragamo ties that Ed & the Groomsmen wore. Monkeys were a favorite for Patricia and we incorporated this through their escort cards, and even had a small palm tree with hanging monkeys as part of the escort card display. Plastic monkey cocktail accessories were served with drinks from the bar. “Simba”, their fun loving Lhasa Apso was the ring pupper or lion ringcub, while their good friend Howard was the “lion tamer” that walked “Simba” down the aisle during the ceremony.

Country music was played during the ceremony, cocktail reception and for the dinner reception. Patricia & Ed’s first dance was to “Got it right this time” by Keith Urban. The father/daughter dance was “My Wish” by Rascall Flatts.

Of course, from the bright colored photos you see by Jules Bianchi, blues, whites and magenta/fuchsia colors were abundant everywhere throughout the wedding. Nisie from Enchanted Florist even incorporated the bougainvilleas (from the main inspiration picture of Santorini) for ceremony decor. We used white textured ottoman linens with Santorini blue table runners & napkins from Wildflower Linen and distressed wood chiavari chairs that looked like the sands of Greece.

Then of course, how can we not LOVE the blue Christian Louboutin shoes! The bridesmaids all wore the Santorini blue colored dresses. Even Patricia’s wedding band had blue & white, or sapphire & diamonds! 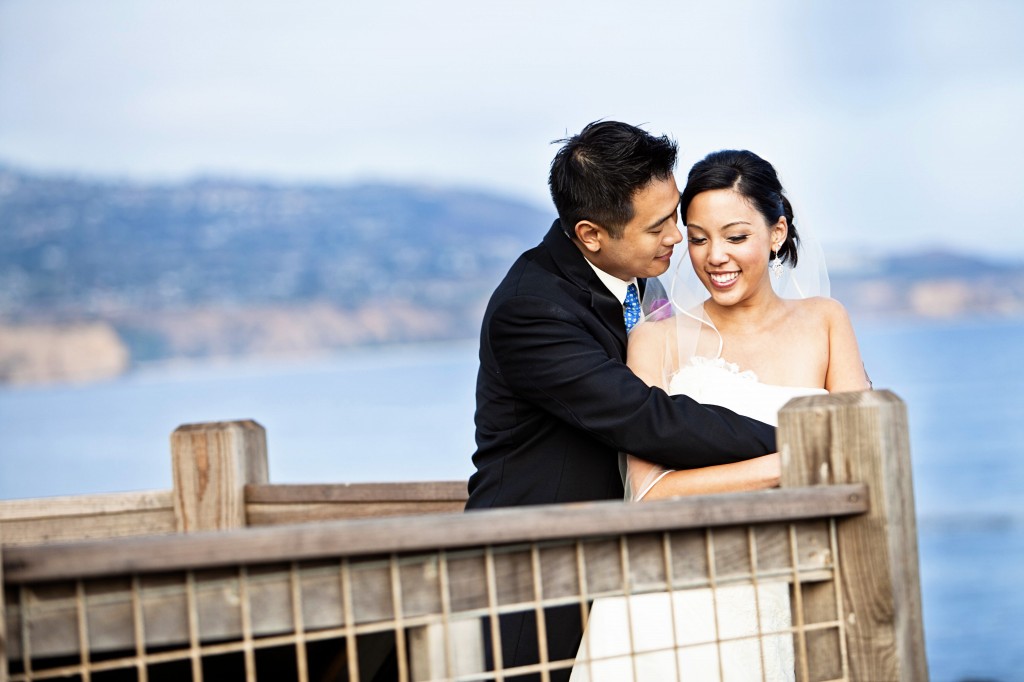 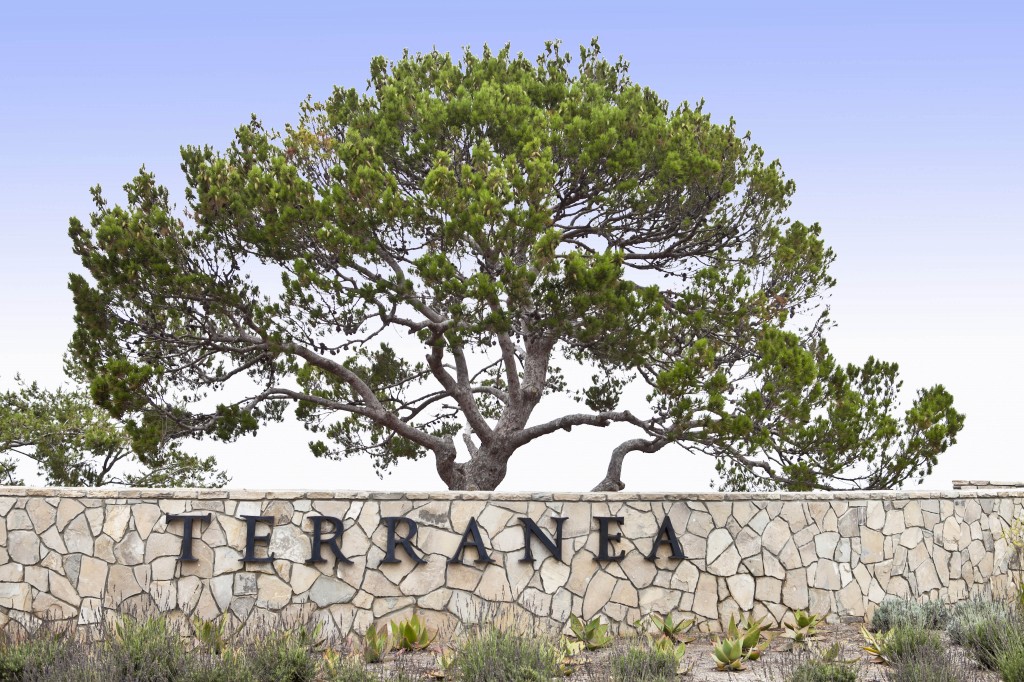 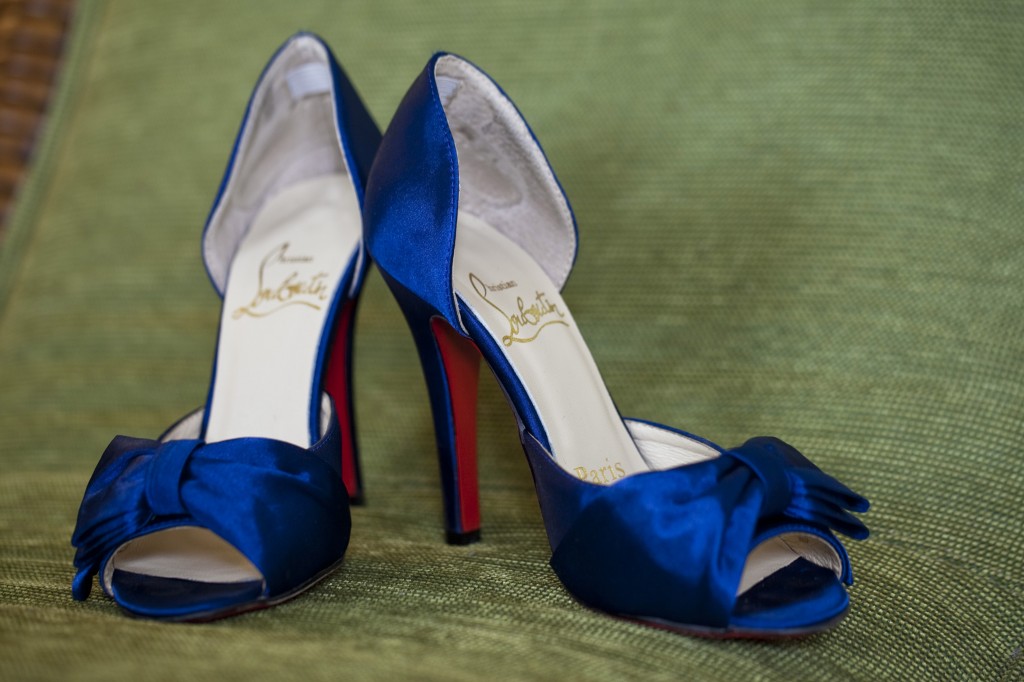 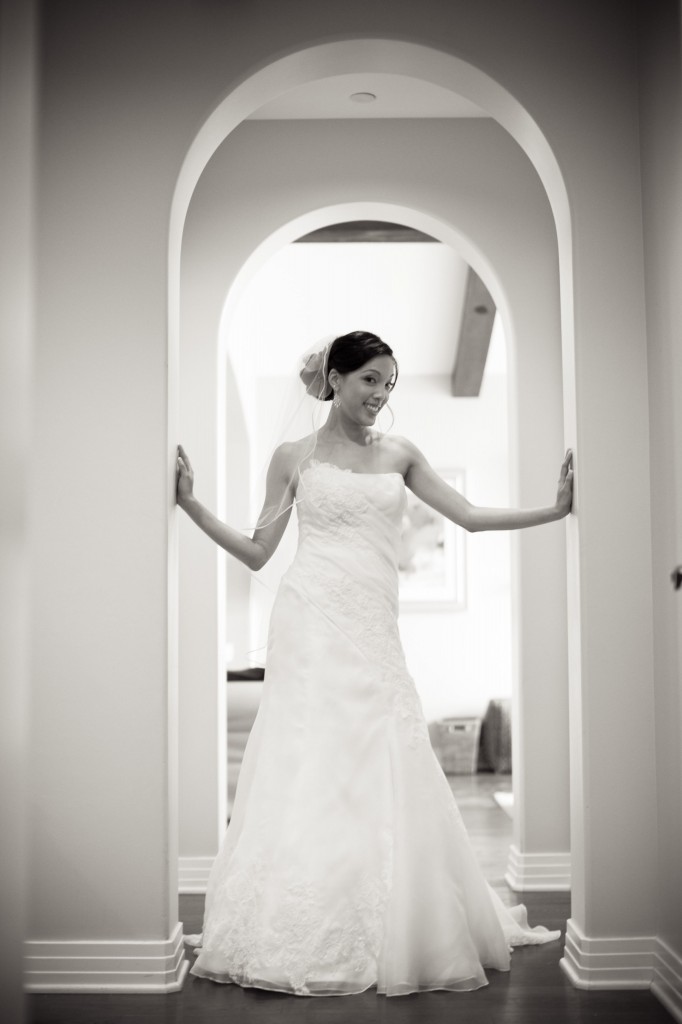 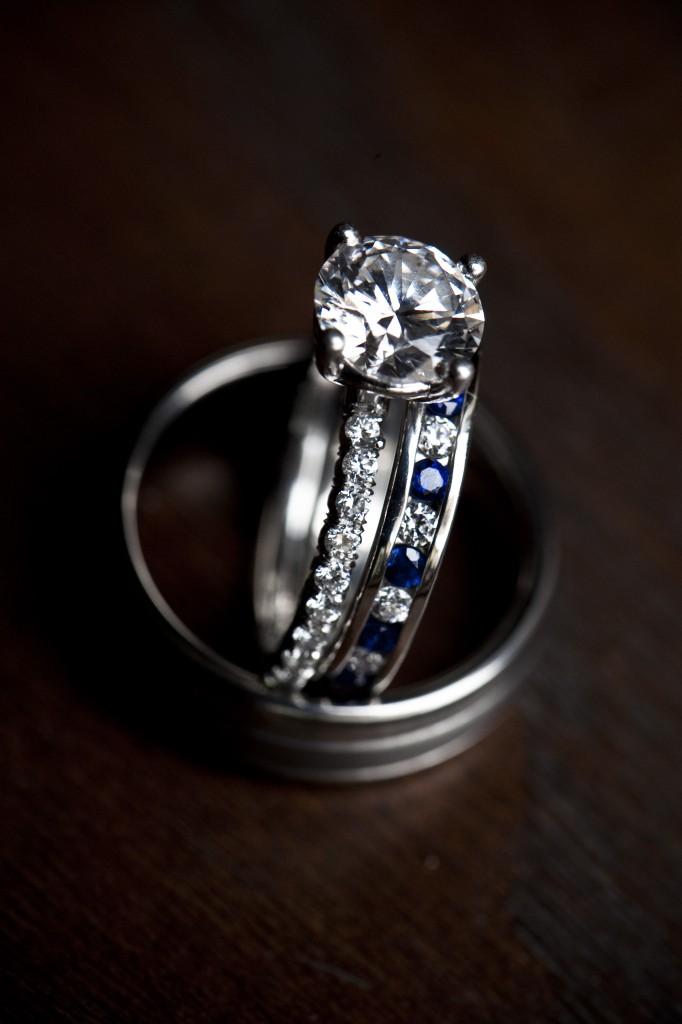 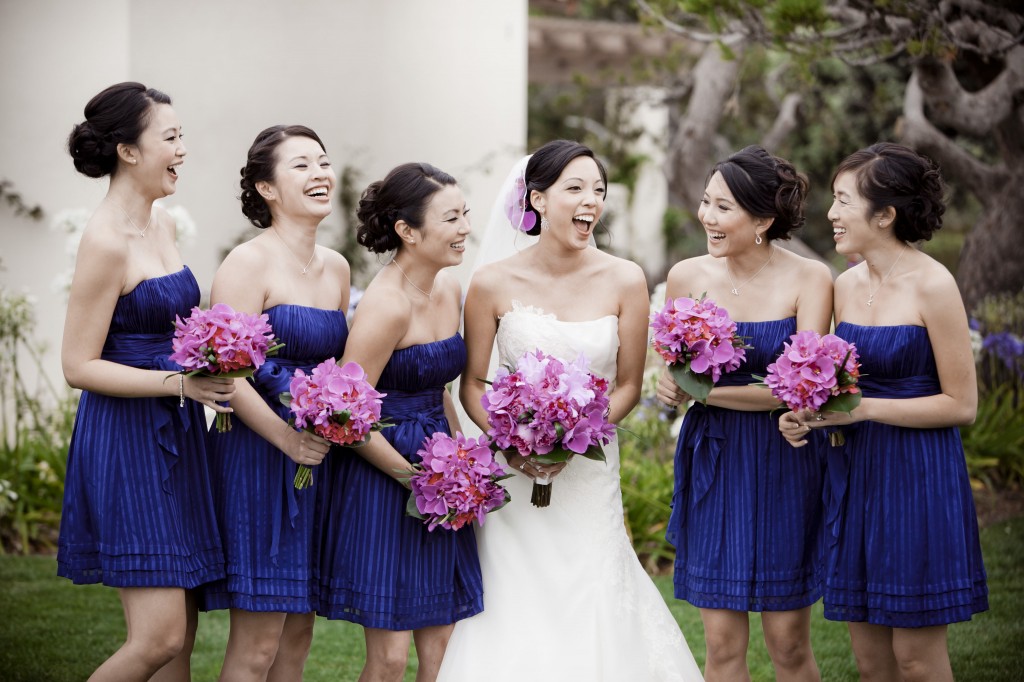 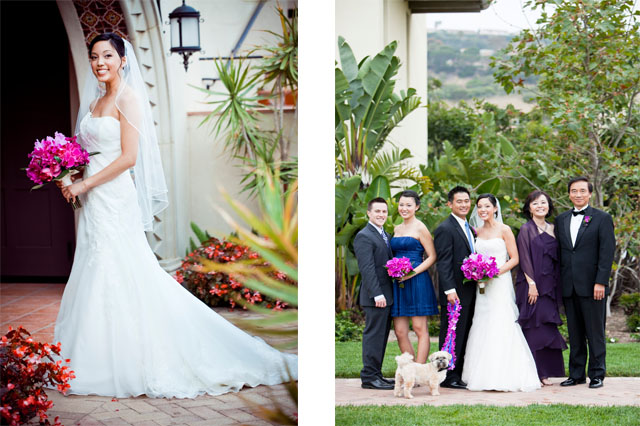 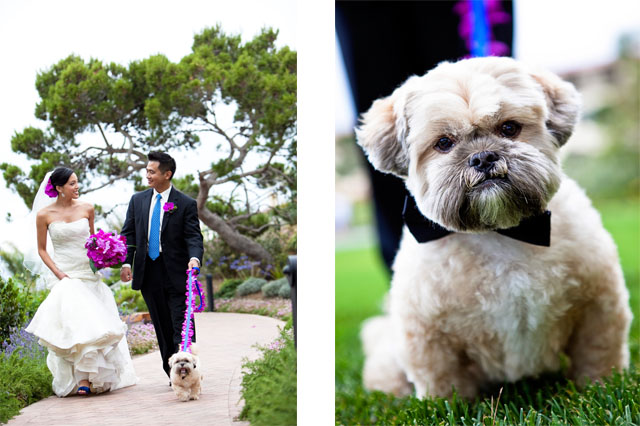 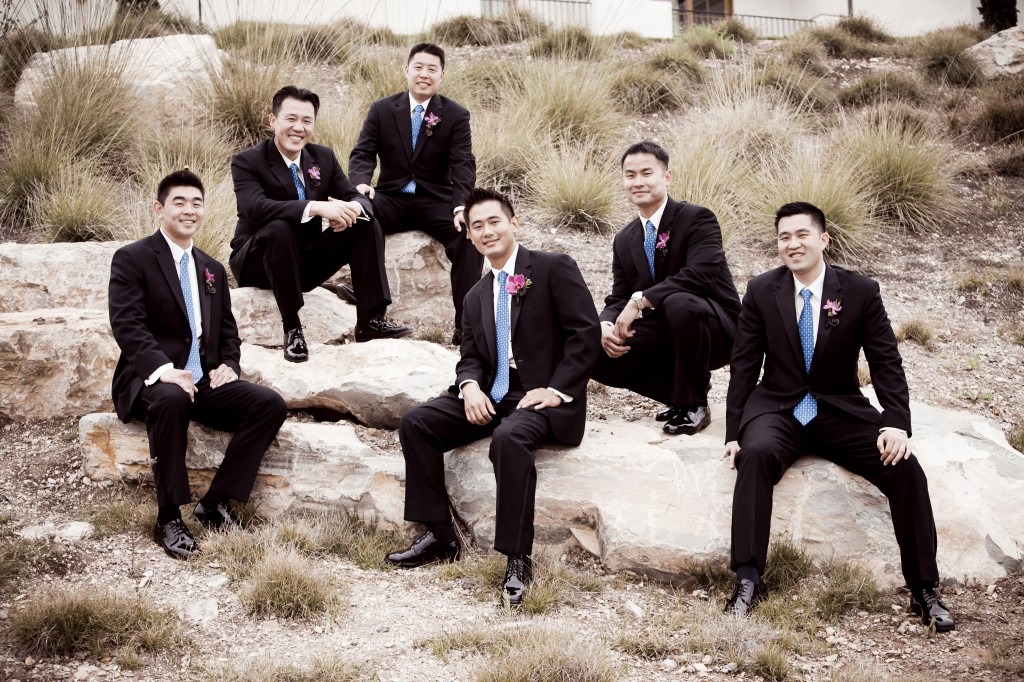 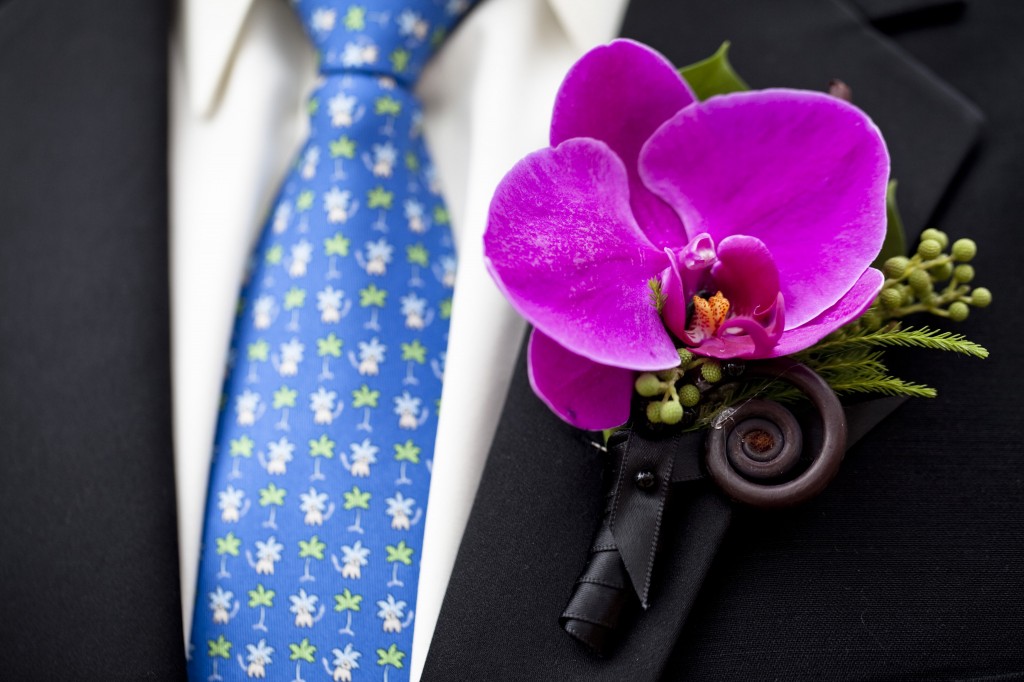 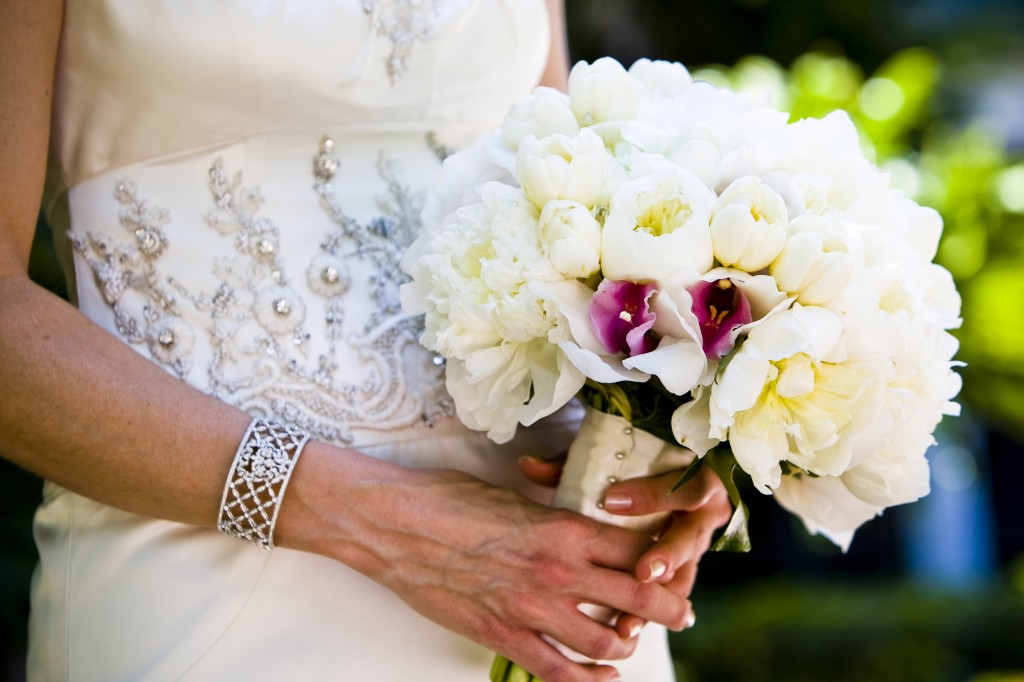 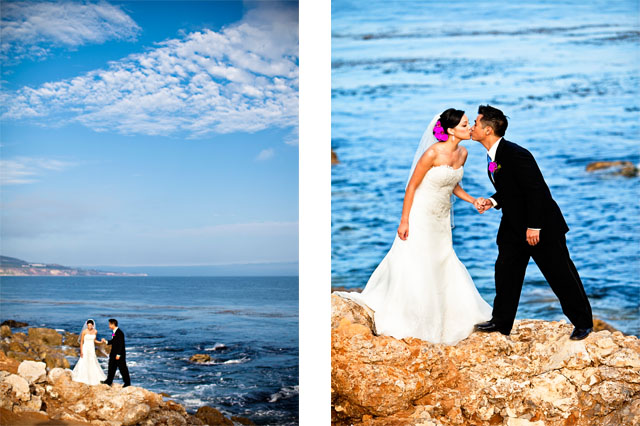 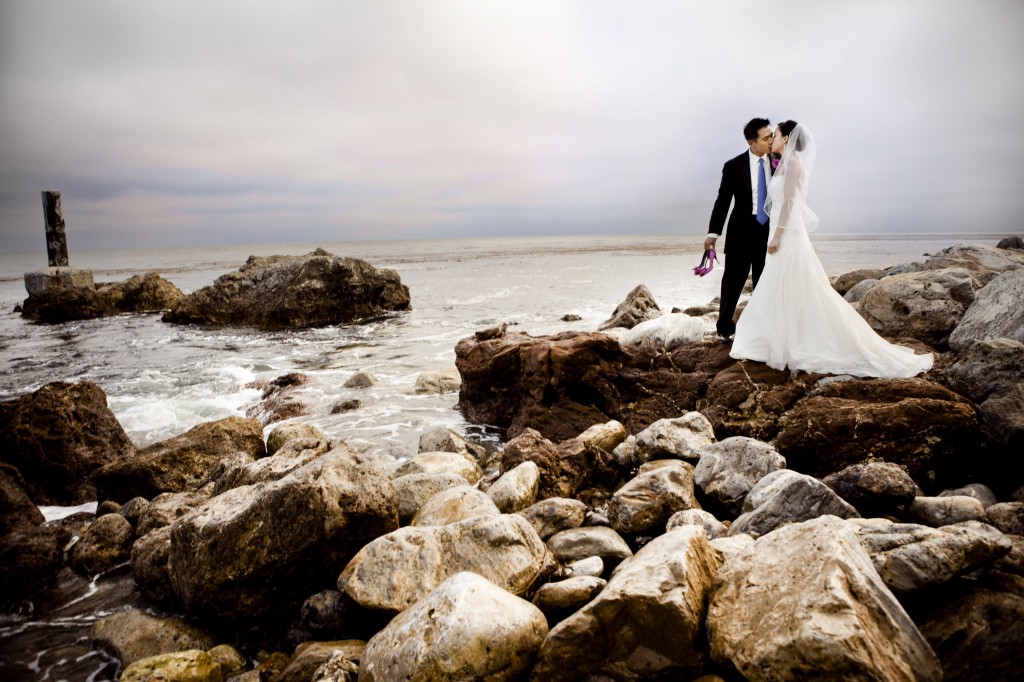 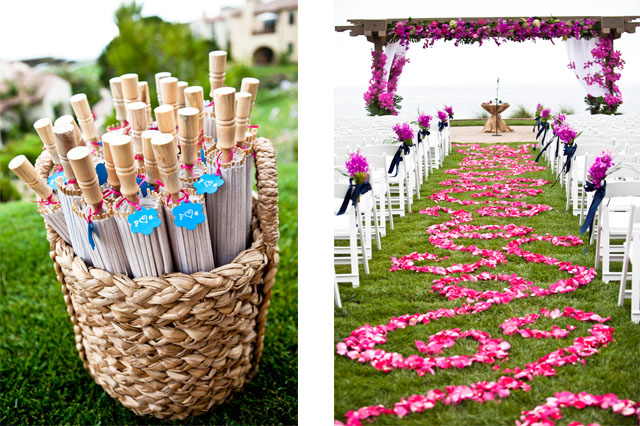 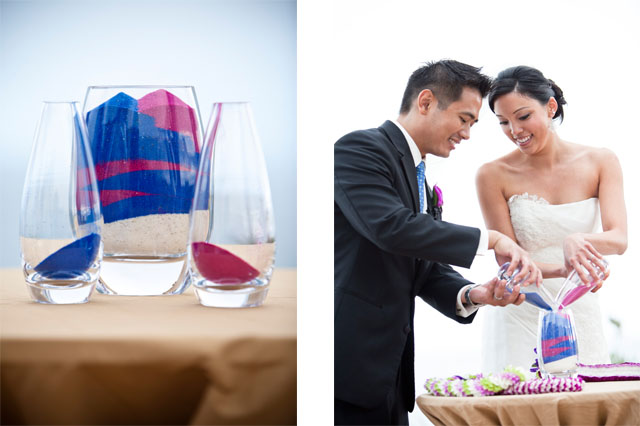 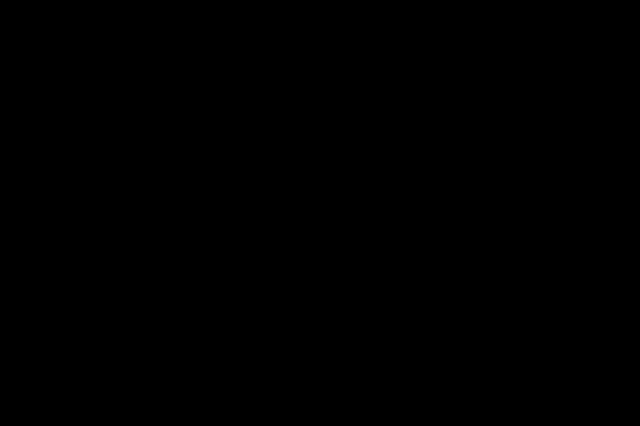 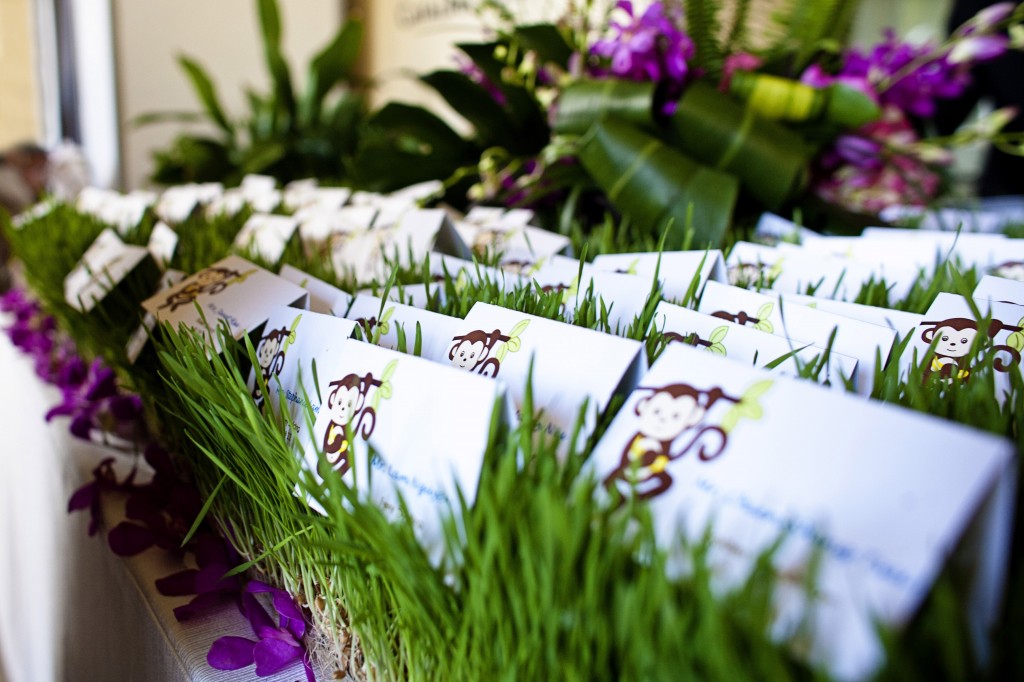 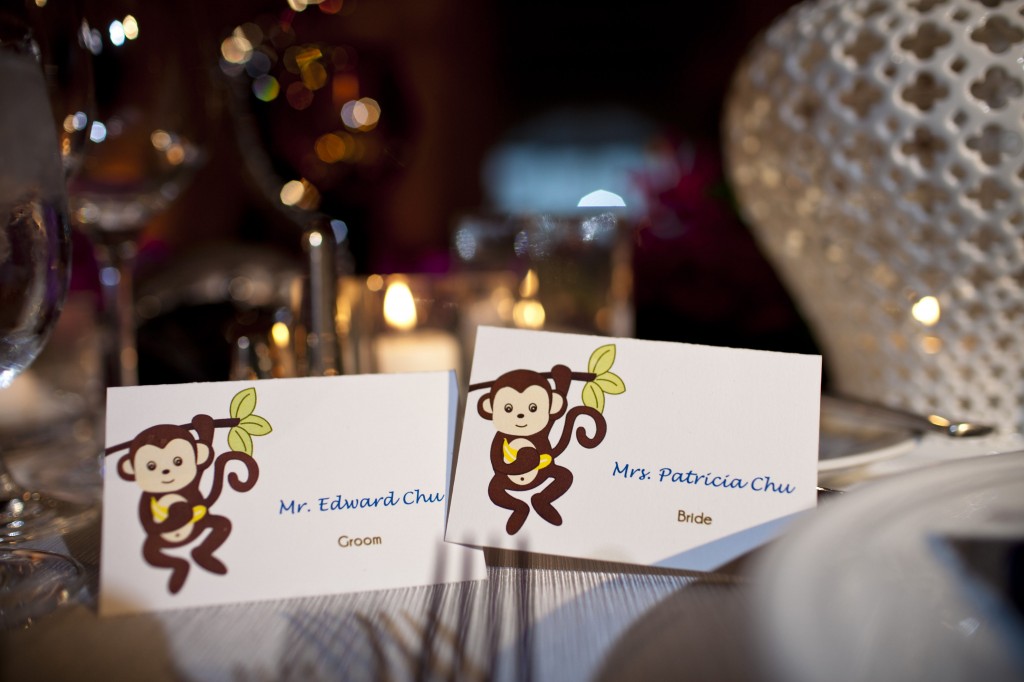 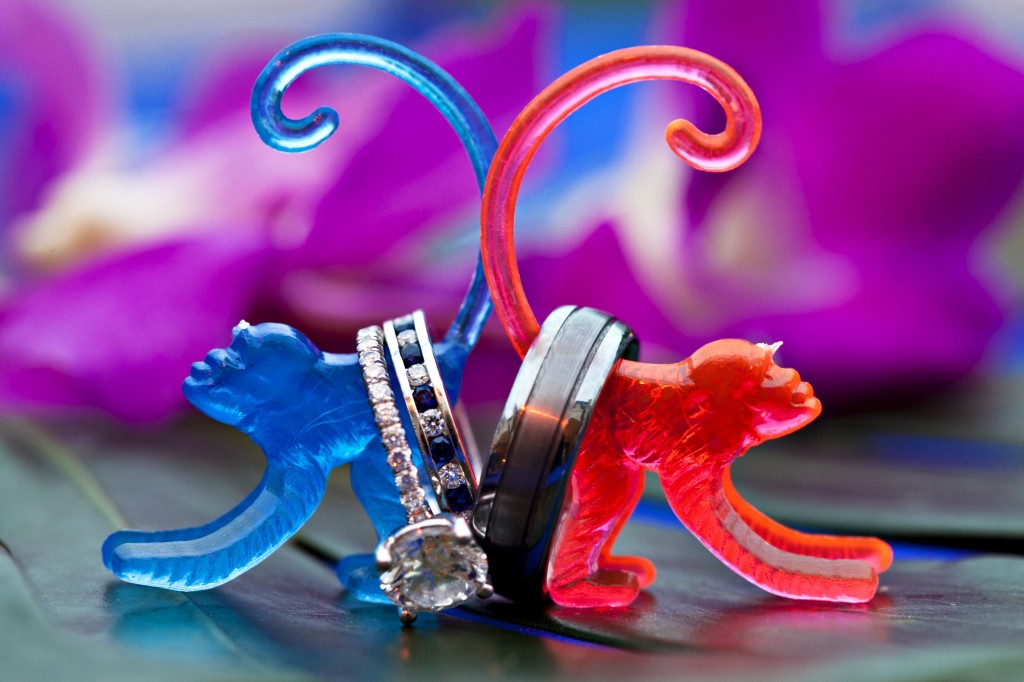 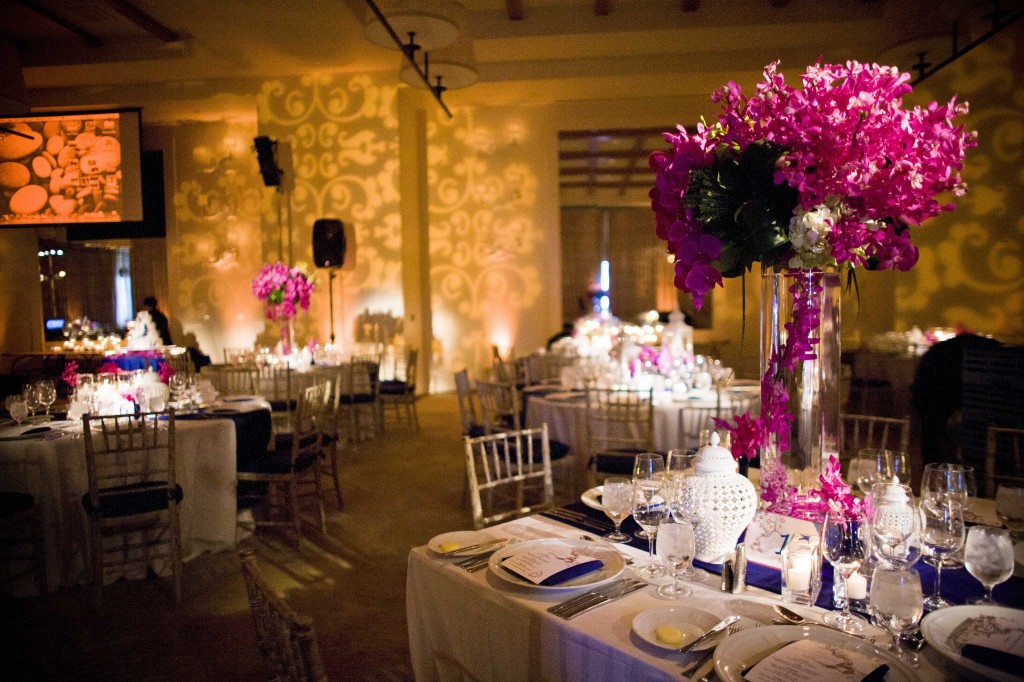 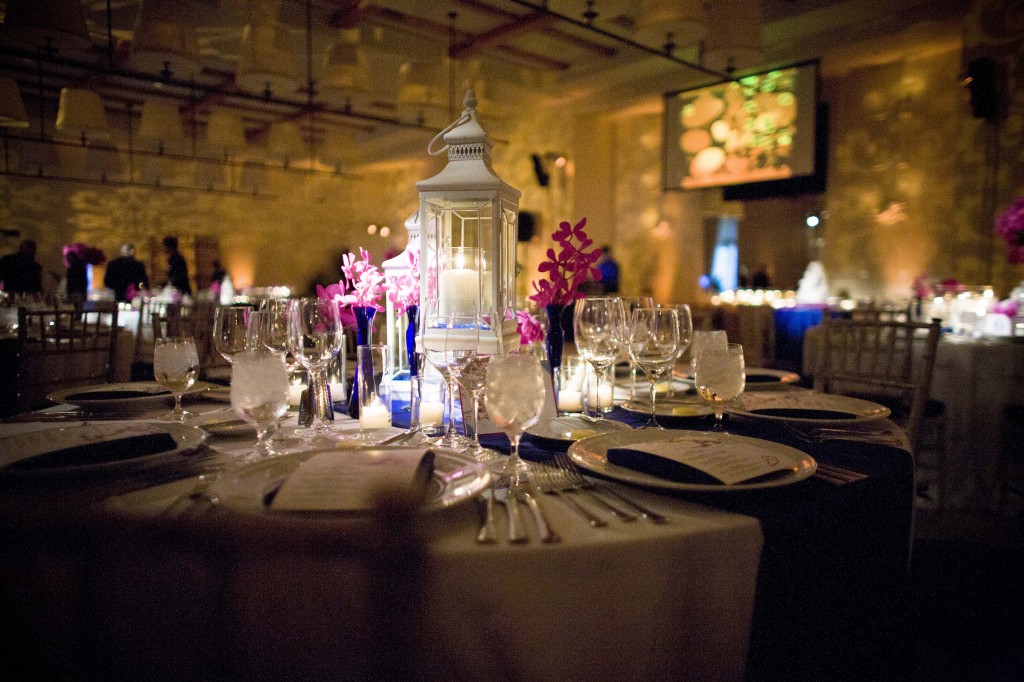 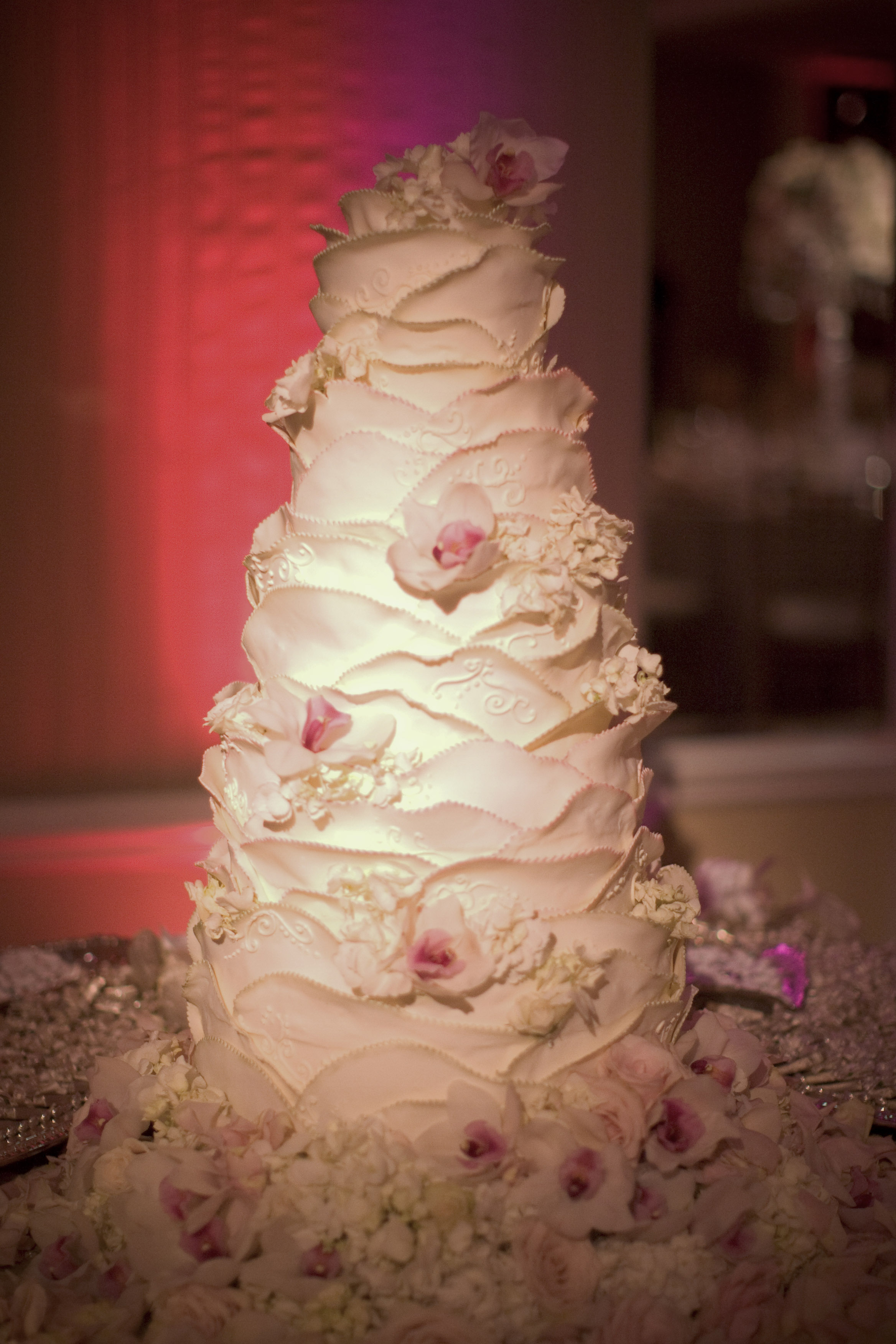 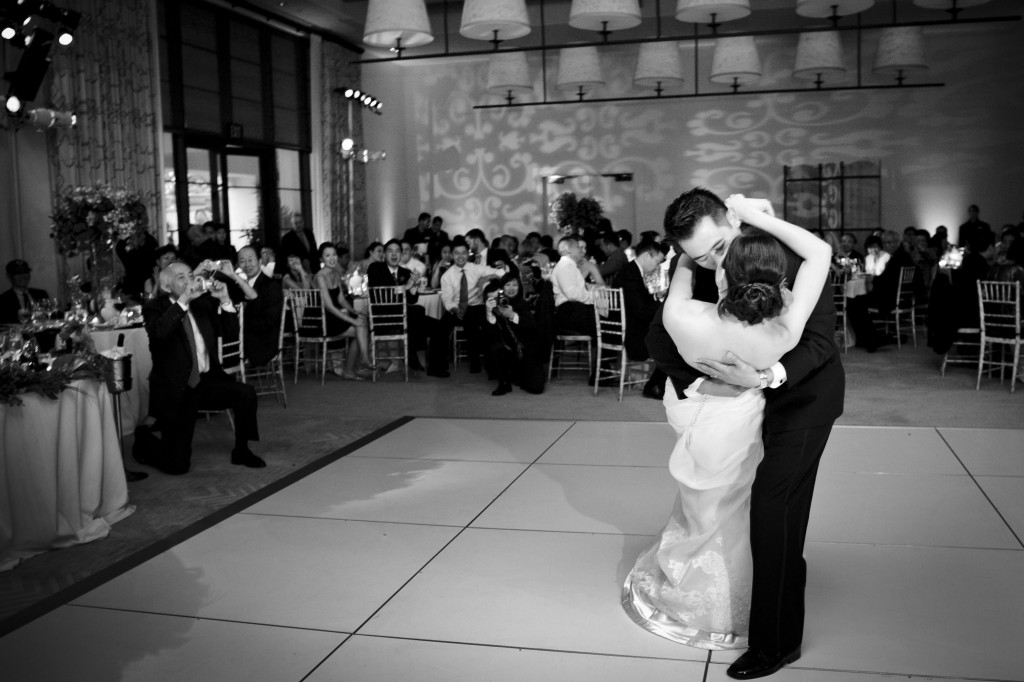 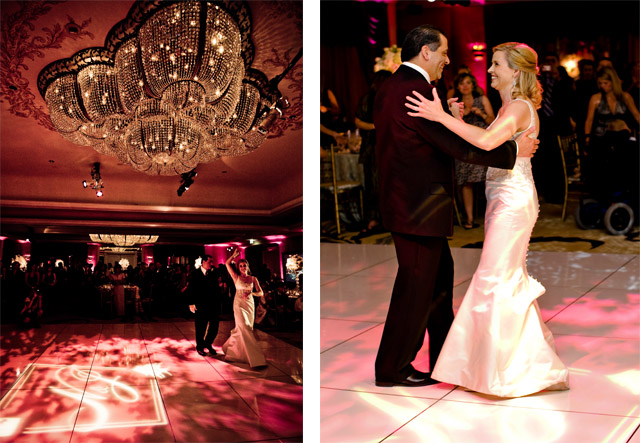 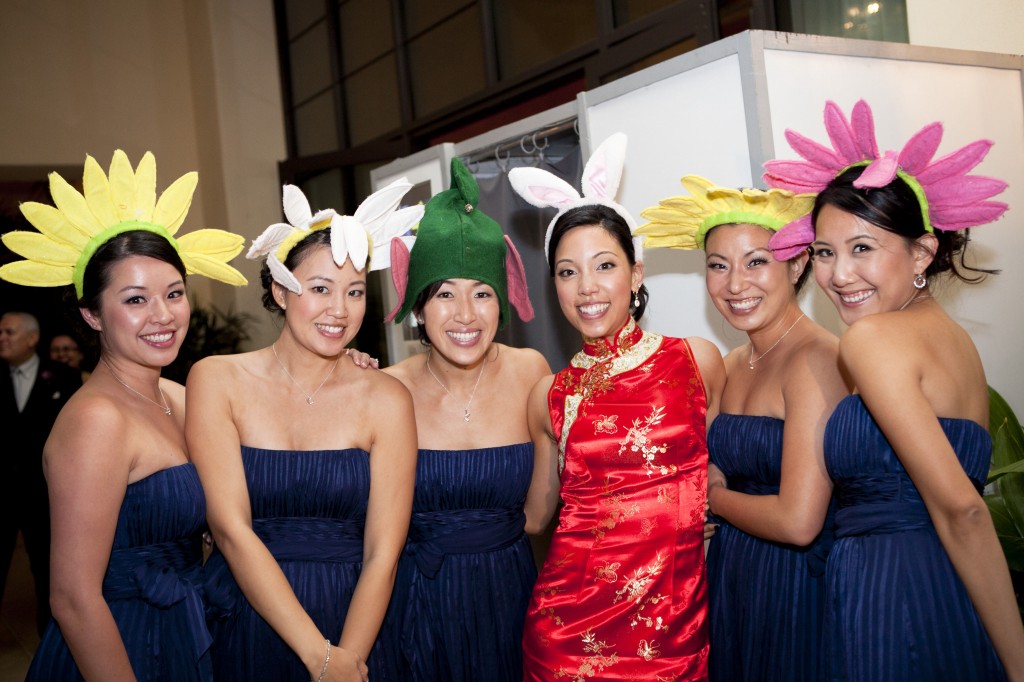 Last week we posted Christina & Jordan’s wedding, and Christina is Patricia’s older sister, also the Matron of Honor at her wedding. It was such a honor to have been able to work with both sisters on their weddings. Here is a picture of me with both of the happy couples: Christina & Jordan, Patricia & Ed! 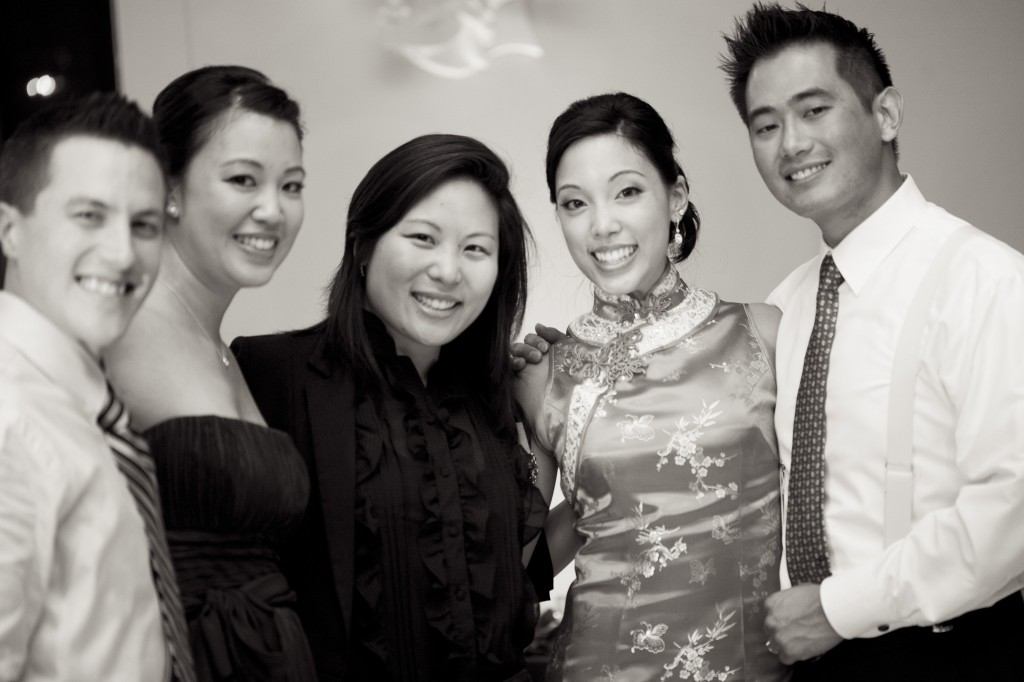